My favourite SF-subgenre is dystopia. I love to read what could happen in hundred or thousand years. Especially interesting is an imperfect future that feels a bit too realistic. If I can imagine that our future may actually resemble the one in the story, it’s certainly a good dystopia. Of course the characters are also important to make a story believable. However, in this blog post I want to focus on the setting. So here are the four dystopias that I think are most realistic.

1984 by George Orwell
This story is set in a futuristic superstate ruled by The Party. Its leader is the mythic Big Brother. Propaganda and surveillance are used to control the citizens. “Big Brother is always watching you”. Facts are changed to the Party’s advantage, in such a large extent that people no longer know what is true. George Orwell wrote this book in 1948 (and just reversed the numbers for the title). So it’s astonishing how relevant 1984 still is! Among other things the story shows what it is to have no privacy, deals with fake news and discusses freedom of speech. It also influences a lot of later dystopia stories. 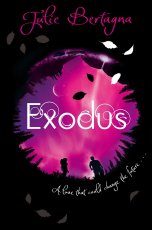 It is a shame how underrated this book is! The story is set in the year 2100. By then the sea levels have risen a lot due to global warming. Mara’s island is slowly flooding. She convinces the inhabitants to leave and search for a new place to live. I won’t spoil anything about the extraordinary city they find, but I can tell something about the circumstances they find it in. It’s surrounded by refugees who aren’t allowed to get in. There is a labyrinth of boats with people who still hope to find a way inside. This reminded me of the European migrant crisis in 2015. Especially the refugee camp in Calais came to mind. This camp was filled with thousands of refugees who were trying to enter the United Kingdom. They fled from conflicts in Syria and Somalia. So I think it’s realistic that future refugees from flooded land would be excluded too.

Want by Cindy Pon
In this book the environment also plays an important role. The setting is future Taipei in Taiwan, where the air is highly polluted. Even the blue air is no longer visible. Rich people can buy special suits that protect them from getting ill, the rest is doomed to die young. I can totally imagine that companies try to profit from climate change. It’s a fact that some cities in the world are already affected by smog and people actually get sick from it. For example in Delhi, the air quality at a certain moment was as bad as smoking 50 cigarettes a day! If people had to breath this air every day, they definitively would want to protect themselves.

The Hunger Games by Suzanne Collins

This is popular book that affected many others. Many of you may already know the story. It is set in a future North America, now called Panem. This nation is divided in the Capitol and twelve districts. To remind them of its power, the Capitol every year organizes the Hunger Games. Each district has to send one boy and one girl. The children have to fight for their life on live television. The winner is the one that survives. The world-building itself may not be very realistic. A nation like Panem will probably never exist. And although the Romans once let people fight to death in an arena, it’s nothing like the Hunger Games. But the revolution that Suzanne Collins describes in the trilogy seems quite real. Especially because the book shows the effect of witnessing so many deaths and the personal consequence of killing people. Many books and movies don’t show this. In The Hunger Games we see people grieving and characters with PTSD.