In February I thoroughly enjoyed participating in the Pondathon! This amazing readathon was organized by The Quiet Pond. I read five books and took part in a couple of side quests to help protect the Pond. With Bastet, my own Pondathon character, I managed to get two quest rewards. The first one is the Mark of the Brave for protecting Xialong. I achieved Recipe for Compassion by helping Cuddle. 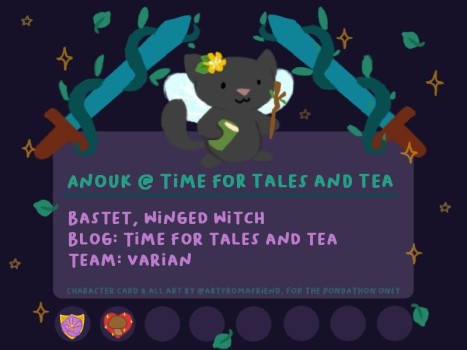 As expected, I deviated a little from my Pondathon TBR-list. From the five books I read, three were on my TBR. I still want to read The Bear and the Nightingale and Tash Hearts Tolstoy. Mabye I will get to them in March. Here are my thoughts about the books I read for the Pondathon. 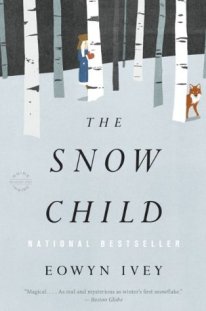 The Snow Child by Eowyn Ivey – 3,5 stars
Jack and Mabel’s dream of having a child never came true. Living in Alaska is also not what they hoped for. Both feel lonely and disappointed in their life. After hundred pages I didn’t know if I wanted to continue such a sad book. But the appearance of the snow child is a little light in the dark and cold winter nights. From that point onwards the story is more hopeful, but still made me feel a bit gloomy. Jack and Mabel and their relationship made this book worth reading. First I mainly pitied them. The couple is in a different life phase than I am and initially I couldn’t really connect with them. Yet I came to care about Jack and Mabel. It was interesting to read how their relationship develops. I did hope the story would have more magic. It’s limited to a few moments and in strong contrast with the hard reality found in the rest of the book. 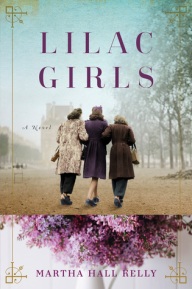 Lilac Girls by Martha Hall Kelly – 3 stars
My mother’s boyfriend lent me this book and praised the story. It’s always interesting to read stories set during the Second World War. Most of them are based on real persons and events. Lilac girls too. The book has three main characters: the American Caroline who works at the French consulate, the Polish teenager Kasia and the German doctor Herta. Ravensbrück, a concentration camp for women, is what connects the characters. Kassia was my favourite character. I could easily sympathize with her and I was shocked by the things she went through in Ravensbrück. Herta’s chapters were interesting to read. Although I wouldn’t have missed them if the writer had left them out. Initially Caroline’s story was a bit boring. I didn’t understand why it was relevant. It took a long time before the three story lines finally came together. Usually I like books with multiple perspectives. In this case I wasn’t sure if all the perspectives were really necessary. I think Lilac Girls has a good story, but it could have been better told.

This Cruel Design (This Mortal Coil, #2) by Emily Suvada – 4 stars
This sequel is exactly what I hoped for after reading the first part! It is just as fast-paced and thrilling as the previous book. So much is at stake in this story. Not just a couple of characters, but the whole world. It’s amazing that the plot still kept surprising me. Things we learned in the first book appear to be very different… We see unexpected sides of the characters and are introduced to some new ones. Most interesting is the character development of Catarina. Next to saving the world and fighting to stay alive, she is struggling with her identity. And that ending! I really don’t know how this will end for the characters. The third part was published last month. I can’t wait till I can borrow it at the library! 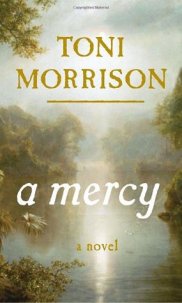 A Mercy by Toni Morrison – 3 stars
For black history month I wanted to read a book by this famous writer. It’s said that Toni Morrison writes beautiful and she’s even awarded with the Nobel Prize in Literature. This book indeed reads like poetry. I did think that this made the story sometimes is a bit incoherent. Each chapter is told from a different perspective. The story starts when the Dutch trader Jacob Vaark takes a small slave girl in part payment for a bad debt from a plantation owner. Next to Florens, we also read about the other women in Jacob’s house: an older servant, another girl and Jacob’s wife. The book was interesting to read, because each character tells their own part of the story. The different perspectives did make it a little hard to connect to the characters. Despite not giving it more stars, I do think it was a good book. I just didn’t enjoy it as much as I hoped. 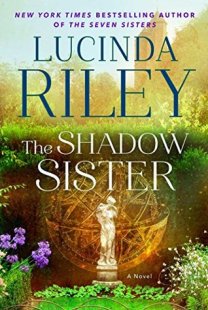 The Shadow Sister (The Seven Sisters, #3) by Lucinda Riley – 4,5 stars
This third part is about Star. She has always been a quiet girl who let her sister CeCe speak for her. Just like her sisters, things also change for Star after Pa Salt dies. Her father’s clues lead her to an old bookshop with a curious owner. Of course I loved this bookshop just as much as Star! Her past has something to do with the English Flora who lived hundred years ago. She was an independent girl with a passion for nature and drawing. Flora’s quiet life at the countryside came to an end when she had to move to London. I could easily connect with both characters. Just like Star I am introvert and I share her love for books. Similar to Flora I love animals and I appreciated the fact that she is a vegetarian, just like me. The Shadow Sister is my favourite part of the series (so far). I already have The Pearl Sister at home, so that will be the next book I am going to read!